The Carmelite tradition is an ancient one, going back in spirit to the Prophet Elijah and to his disciple, Elisha, who received his mantle and his “double spirit,” the two-fold spirit of contemplation and apostolic zeal. The words of Elijah — “With zeal have I been zealous for the Lord God of Hosts” — have become the Carmelite motto. It was not until 1209, however, that St. Albert, Bishop of Jerusalem, gave the hermits of Mount Carmel a formal rule of life. These first hermits dedicated a little chapel to the Blessed Virgin Mary on Mount Carmel, undertaking the obligation of living the evangelical counsels in allegiance to Christ and His Virgin Mother. When the hermits came to Europe during the Middle Ages, certain adaptations were made to fit the European social structure. It belonged to the unique genius and “double spirit” of Our Holy Mother, Saint Teresa of Avila (1515-1582), the 16th- century Spanish Carmelite reformer, to achieve a balance between the eremitical and communal elements, all within the context of a life of apostolic prayer.

St Teresa of Avila, Spanish foundress of the Discalced Carmelite Order was aflame with mystical love for God while at the same time being grounded in common sense. Teresa de Cepeda y Ahumada was born on March 28, 1515 in Avila, Spain. Teresa was her fathers’ favorite and grew up fun loving, aware of her own attractiveness, with a gift for friendship and a great concern for her reputation. In the midst of this she was fascinated by the idea of ‘forever’, played at being hermits with her brother and pretending to be Nuns with her girl-friends. She admits to being attracted to the idea of religious life but it was not as great as her attraction to more worldly things! Teresa had a long road to travel even before her entrance into Carmelite monastery of the Incarnation in 1535. When she finally knocked on the monastery door, although her will was not completely inclined to being a Nun yet, she said: “I saw that religious life was the best state and so decided to force myself to accept it”. (Life Ch. 4 .5) Not the finest motive for entering Carmel but after receiving the Habit a year later she wrote. “Within an hour, He (Christ) gave me such great happiness at being in the religious state of life that it has never left me up to this day”. Teresa’s life for the next 20 years or so was a battle with ill health and a spiritual life that was often in turmoil, conflict of endless hours in the parlor, frequented by the high society of Avila, and a prayer life where the Lord was asking for more of her attention. Finally she responded to grace to “follow resolutely by means of this path of prayer Him who has loved us so much”. (Life Ch. 11 -1) Fidelity to prayer, led to serious conversations with her group of friends and from these the idea of a monastery following the primitive Rule came to birth. However, as Teresa was perfectly content with her life at the Incarnation, she delayed until the Lord Himself intervened and “earnestly commanded me to strive for this new monastery” (Life Ch. 32-11). The Carmel of St. Joseph’s in Avila was founded on August 24th 1562 and Teresa’s life as Foundress and Reformer began in earnest. The Monastery in Medina del Campo followed in 1567 and then 16 more until the final foundation in Burgos in 1582. After twenty years of intense activity in the service of the Church, Teresa died at the age of 67, in Alba de Tormes, on October 4, 1587, thanking God that she died a “Daughter of the Church.” Writing from her own experience, Teresa bequeathed to her daughters and to the whole Church a rich spiritual heritage. Her books include: The Way of Perfection, her autobiography entitled the Life, the book of her Foundations, Spiritual Testimonies, poetry and hundreds of letters of advice: medical, financial and spiritual matters and the crowning jewel of the Interior Castle. She was proclaimed the first woman Doctor of the Church in 1970 because of the soundness, richness and universal quality of her spiritual writings and wisdom. 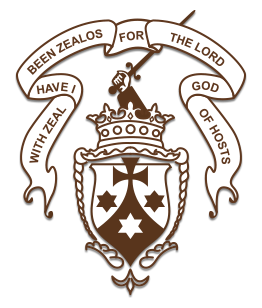 "Prayer, in my opinion, is nothing else than an intimate sharing between friends; it means taking time frequently to be alone with Him who we know loves us."
(St. Teresa - Life, 8, 5)

"Let us desire to be occupied in prayer not for the sake of our enjoyment but so as to have the strength to serve."
(St. Teresa -Interior Castle VII :4 11)

"If contemplating, praying, taking care of the sick, helping with household chores, and working even at the lowliest task are all ways of serving the (Divine) Guest who comes to be with us … what difference does it make whether we serve in one way or the other?"
(St. Teresa -Way of Perfection)

"This union with God’s will is the union I have desired all my life; it is…the one that is clearest and safest."
(St. Teresa -Interior Castle V:5)

"The truth is that the treasure (God) lies within our very selves."
(St. Teresa -Interior Castle V:1)

"The safest way is to want only what God wants."
(St. Teresa -Interior Castle VI:9) 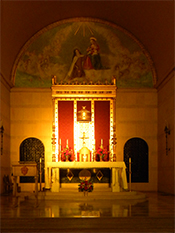 Visit our Meditations Page ... to see a painting of St. Teresa of Avila, by our own Sr. Anne Marie.